Euro Coin (EUROC) is a centralized stablecoin backed by Euro reserves with a ratio of 1 to 1. EUROC is a stablecoin issued by Circle, the American company also behind the popular USD Coin (USDC ). Overview of this new euro stablecoin, how it works and the place it could occupy in the cryptocurrency ecosystem.

What is the Euro Coin (EUROC)?

The Euro Coin (EUROC) is a stablecoin announced on June 16, 2022 by Circle , the issuing company of the famous USD Coin (USDC).

The latter is a well-known stablecoin in the industry and has a valuation of no less than $55 billion at the time of writing, ranking second among the most valuable stablecoins on the market .

Circle already enjoys strong credibility with investors as USDC is a very popular stablecoin and the biggest rival to Tether USD (USDT). USDC reserves are completely transparent , and it has proven itself over the years, establishing itself as a solid alternative for cryptocurrencies of this type.

“Like the USDC, the Euro Coin is issued under a regulated framework for the transmission of money, under the same statutes that regulate the USDC, with reserves in euros, with the same security, liquidity and transparency as the market expects from Circle. »

The EUROC is therefore a stablecoin following the price of the euro  (EUR) and benefits from the same guarantees of quality as the USDC. It is a centralized stablecoin   and the value of its tokens is fully  backed by euros held in US bank accounts denominated in euros .

More concretely, this means that for 1 EUROC token issued, there is 1 euro in the reserves of the issuing company, Circle. This is a ratio of 1 to 1. EUROC tokens are the debts and euros are the assets.

The Euro Coin officially sees the light of day on June 30, 2022 on the Ethereum blockchain , with the support of major exchange platforms such as Binance.US, Bitstamp, Huobi Global and FTX, direct support for the Uniswap, Curve and even protocols. Compound, as well as MetaMask and Ledger wallets.

The combination of USDC and EUROC opens up new possibilities for digital banking since these two stablecoins can be traded very quickly , providing their users with an efficient way to switch between them.

Circle is thus taking a first step towards a stablecoin exchange market by issuing the Euro Coin, the euro being the second most traded currency in the world after the US dollar.

Euro stablecoins are still few in number and none have really been massively adopted.

For example, there is Euro Tether (EURT) but it does not have much support outside of Bitfinex, whose CEO also runs Tether Holding Limited.

Other existing euro stablecoins are experiencing a similar lack of adoption , so there is an opportunity for the Euro Coin if institutional and investor confidence follows.

What is EUROC for?

EUROC has the same utility as other stablecoins, except that it follows the course of the euro, something still quite rare in the cryptocurrency industry.

Indeed, the vast majority of available stablecoins follow the price of the dollar as illustrated in the figure above, none of the top 10 stablecoins is a euro stablecoin .

Thus, it is possible to use the EUROC to protect yourself from the volatility of the cryptocurrency market and avoid a significant fluctuation in the value of your portfolio, especially when the market is experiencing turbulence.

Logically, the Euro Coin also makes it possible to send funds in euro denomination  at low cost, very quickly, from anywhere, without the need to have a bank account, and this regardless of the amount of the transaction. All you need is an internet connection .

Decentralized finance  (DeFi) will likely be a big part of EUROC usage as well, similar to USDC’s success in DeFi with staking, yield farming, and lending.

How does the Euro Coin work?

The EURO is 100% backed by Circle’s Euro reserves. Silvergate , a bank based in San Diego in the United States, is in charge of maintaining the euro reserves on behalf of the company for the time being.

The circulating supply of this token is therefore equal to the reserve in euros with a ratio of 1 to 1. Indeed, each EUROC token can not only be exchanged for 1 euro on exchanges, but also directly at the source by depositing Euros into their Circle account and then using Silvergate’s Euro SEN .

See also  Investing in the Metaverse: The Best cryptos for less than 1$ !

In terms of transparency, the reserves guaranteeing the Euro Coin should benefit, like the USD Coin, from a monthly certificate established by the audit firm Grant Thornton LLC .

In addition, Circle’s annual accounts , which include euro reserves, are audited annually and filed with the Securities and Exchange Commission (SEC), the US federal financial markets regulator.

Finally, the risk linked to the interest rate on the reserves in euros is fully assumed by Circle . For example, if the European Central Bank (ECB) raises its key rate, the value of European bonds will decrease accordingly and Circle will have to cover this difference if it holds bonds in its reserve.

Finally, it should be noted that Circle has so far always managed to maintain its reserves for its flagship stablecoin, the USDC.

How to buy EUROC tokens?

It is not yet possible, at the time of writing, to obtain EUROC tokens. From June 30, 2022 , at the official launch of this stablecoin, it will be possible to buy it on Bitstamp, FTX , Huobi Global or Binance.US. In terms of decentralized finance, the EUROC will notably be available on Uniswap.

Explanations for buying EUROC on FTX

Our opinion on the Euro Coin

Capitalizing on the credibility Circle has built  over the years with the USDC, this new stablecoin is already enjoying a big spotlight. The company thus strikes a blow with the Euro Coin.

This is a legitimate exposure since the company has always been in compliance with US financial regulators , transparent with its reserves audited monthly by the firm Grant Thornton. Finally, USDC’s huge valuation attests to its clout in the industry .

We can also observe that there is, at the time of writing, no euro stablecoin that has truly shown great potential for adoption . The Euro Coin has the opportunity to take advantage of this opportunity to rise to the top and rub shoulders with the largest stablecoins backed by the US dollar.

However, you will have noticed that the Euro Coin is only listed on Binance.US and not on the global Binance platform, since this stablecoin is initially deployed in the United States.

An intriguing choice for a stablecoin backed by the euro, but which makes sense since the European authorities are struggling to agree on a fair regulation of digital assets on European soil.

Indeed, the European MiCA regulation notably includes stablecoins, which raise serious concerns for the monetary policy, stability and sovereignty of the European Union. The European Union therefore does not offer, at the time of writing, a favorable environment for the international development of a euro stablecoin.

Either way, the Euro Coin has a lot of support since its launch and it will be interesting to watch how it develops and the level of adoption over time. Will it really be used by industry players, most of whom are used to using stablecoins backed by the US dollar? 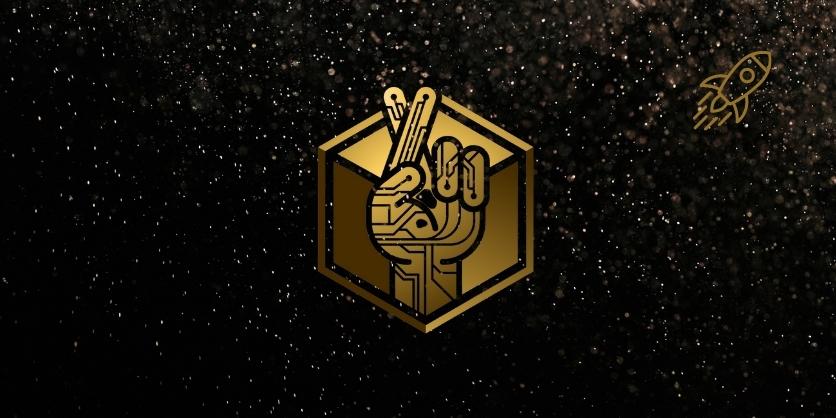