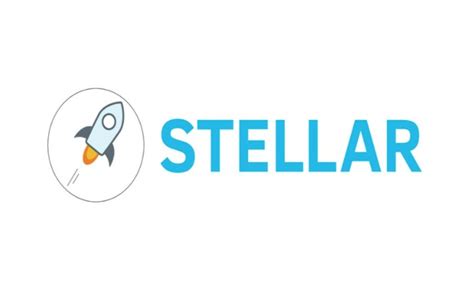 What is Stellar Lumens (XLM) and how useful is it in cryptocurrencies?

Stellar Lumens (XLM) is a form of cryptocurrency created in 2014 by the non-profit organization Stellar Development Foundation. Stellar is an open-source network that allows users to create, send, and trade digital representations of currency. The foundation created Stellar Lumens as a barrier to entry to increase the efficiency of the Stellar system.

It is important to research investment opportunities before jumping in, so this article will guide you through the history of Stellar lumens, what they are used for, and how to buy them.

What are Stellar Lumens?

The Stellar Development Foundation was founded in 2014 as the bedrock of the open-source Steller Network. The foundation’s mission was to make money more fluid, enabling people to participate in the global economy.

By using Stellar, consumers can easily conduct financial transactions with any currency. But rather than exchanging or sending the actual currency, they send a digital representation of it. Steller relies on blockchain technology similar to other cryptocurrencies, but claims to do so in a faster and more affordable way.

So what exactly are Stellar lumens for?

Lumens are Steller’s built-in tokens specifically designed to create friction in their system. Because Steller is an open-source network, the founders feared it would be too easy for bad actors to slow down the system with spam.

To use the Stellar network, users must have a minimum balance, which is currently one Stellar lumens . A minimum transaction fee of 0.00001 lumen is also required. These requirements are just high enough to deter bad actors, but low enough to keep Stellar accessible to genuine users.

How are Stellar Lumens created?

One of the biggest differences between Stellar Lumens and other cryptocurrencies is how tokens enter the market.

But Stellar Lumens cannot be mined. Instead, the Stellar Development Foundation released 100 billion lumens in 2014 when the network was launched. Over the next five years, the foundation increased the supply by 1% each year.

In October 2019, the Stellar community voted to eliminate this annual supply increase. In fact, they decided to reduce the supply of Stellar lumens, cutting it in half. The 50 billion lumens that exist today are the only ones that will circulate in the future.

As of July 2021, 20 billion lumens are held by network users, while the remaining 30 billion are retained by the foundation to help it develop and promote the network. Eventually, these lumens will also be put on the market for purchase by users.

How to buy Stellar lumens?

The purpose of buying Stellar lumens is actually to gain access to the Stellar network. You can buy these tokens on major cryptocurrency exchanges , including Coinbase, Kraken, Binance, and Bittrex. You can also buy lumens on Stellar’s native exchange, named Lobstr.

Cryptocurrency wallets are usually needed to store the private key required to access your Stellar Lumens or any other form of cryptocurrency. You have several options when looking for a wallet to store your lumens , including hardware wallets like Ledger and Trezor, downloadable wallets like Keybase, Solar Wallet, and Lobstr, and online wallets like Coinbase Wallet.

Each cryptocurrency exchange charges its own fees, and the amount you pay depends on the exchange where you buy your lumens. There are also fees for using the Stellar network, with a minimum fee of 0.0001 lumens per transaction.

Other Ways to Invest in Stellar Lumens

What are the pros and cons of blockchain?

ApeCoin is heading towards $100 and it’s still not too late to buy APE!

@VanshGurdaswan1 @envato_help Thank you for reaching out. I am happy to answer general questions here. For more per… https://t.co/ntjR3rePer
2 hours ago

@Pankajkala Hi there, we're sorry to hear what happened. We have no reports of payments not working. We thank you f… https://t.co/UvT7xuZbxs
4 hours ago

@deepakchauhan_v Thank you for reaching out. I'm sorry to hear that you are not getting support. Please submit a ti… https://t.co/4wIl3ugXws
9 hours ago

We use cookies on our website to give you the most relevant experience by remembering your preferences and repeat visits. By clicking “Accept All”, you consent to the use of ALL the cookies. However, you may visit "Cookie Settings" to provide a controlled consent.
Cookie SettingsAccept All
Manage consent

This website uses cookies to improve your experience while you navigate through the website. Out of these, the cookies that are categorized as necessary are stored on your browser as they are essential for the working of basic functionalities of the website. We also use third-party cookies that help us analyze and understand how you use this website. These cookies will be stored in your browser only with your consent. You also have the option to opt-out of these cookies. But opting out of some of these cookies may affect your browsing experience.
Necessary Always Enabled
Necessary cookies are absolutely essential for the website to function properly. These cookies ensure basic functionalities and security features of the website, anonymously.
Functional
Functional cookies help to perform certain functionalities like sharing the content of the website on social media platforms, collect feedbacks, and other third-party features.
Performance
Performance cookies are used to understand and analyze the key performance indexes of the website which helps in delivering a better user experience for the visitors.
Analytics
Analytical cookies are used to understand how visitors interact with the website. These cookies help provide information on metrics the number of visitors, bounce rate, traffic source, etc.
Advertisement
Advertisement cookies are used to provide visitors with relevant ads and marketing campaigns. These cookies track visitors across websites and collect information to provide customized ads.
Others
Other uncategorized cookies are those that are being analyzed and have not been classified into a category as yet.
SAVE & ACCEPT